Environment & Wildlife Conservation among our Community. 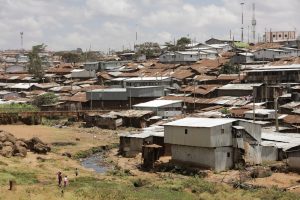 The high population density and lack of infrastructure has led to acute problems of drainage, sanitation and solid waste management. Most sewage runs downhill in open ditches, resulting in stagnation, breeding insects and environmental pollution. 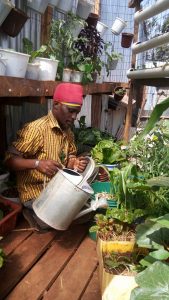 Families living in such settlements may turn to a variety of strategies to improve their livelihoods and household food security, including urban agriculture. However, given the lack of formal sanitation services in most of these informal settlements, residents are frequently exposed to a number of environmental risks, 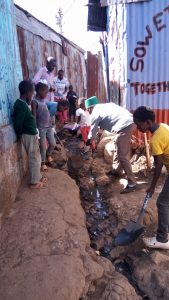 including biological and chemical contaminants. In our slums, households practice a form of urban agriculture called sack gardening, or vertical gardening, where plants such as kale and Swiss chard are planted into large sacks filled with soil. Given the nature of farming in slum environments, small skill farmers and consumers of this produce are potentially exposed to a variety of environmental contaminants due to the lack of formal sanitation systems. These small skill farmers perceived exposure to biological contaminants to be the g

reatest risk to their food crops, that heavy metal contamination was also significant risk. We promote and support urban agriculture in informal settlements, and more generally about the trade-offs created by farming in urban spaces where we serve in Nairobi slums.

Wildlife Conservation among our Community.

Wildlife conservation is the preservation and protection of animals, plants, and their habitats. By conserving wildlife, we’re ensuring that future generations can enjoy our natural world and the incredible species that live within it. To help protect wildlife, it’s important to understand how species interact within their ecosystems, and how they’re affected by environmental and human influences. 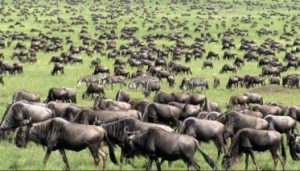 e goal of wildlife conservation is to protect and nurture nature and wildlife which is integral in maintaining balance in nature.

Wildlife conservation has become an increasingly important practice due to the negative effects of human activity. Wildlife conversation creates awareness to recognize the importance of wildlife for their aesthetic, scientific and ecological val